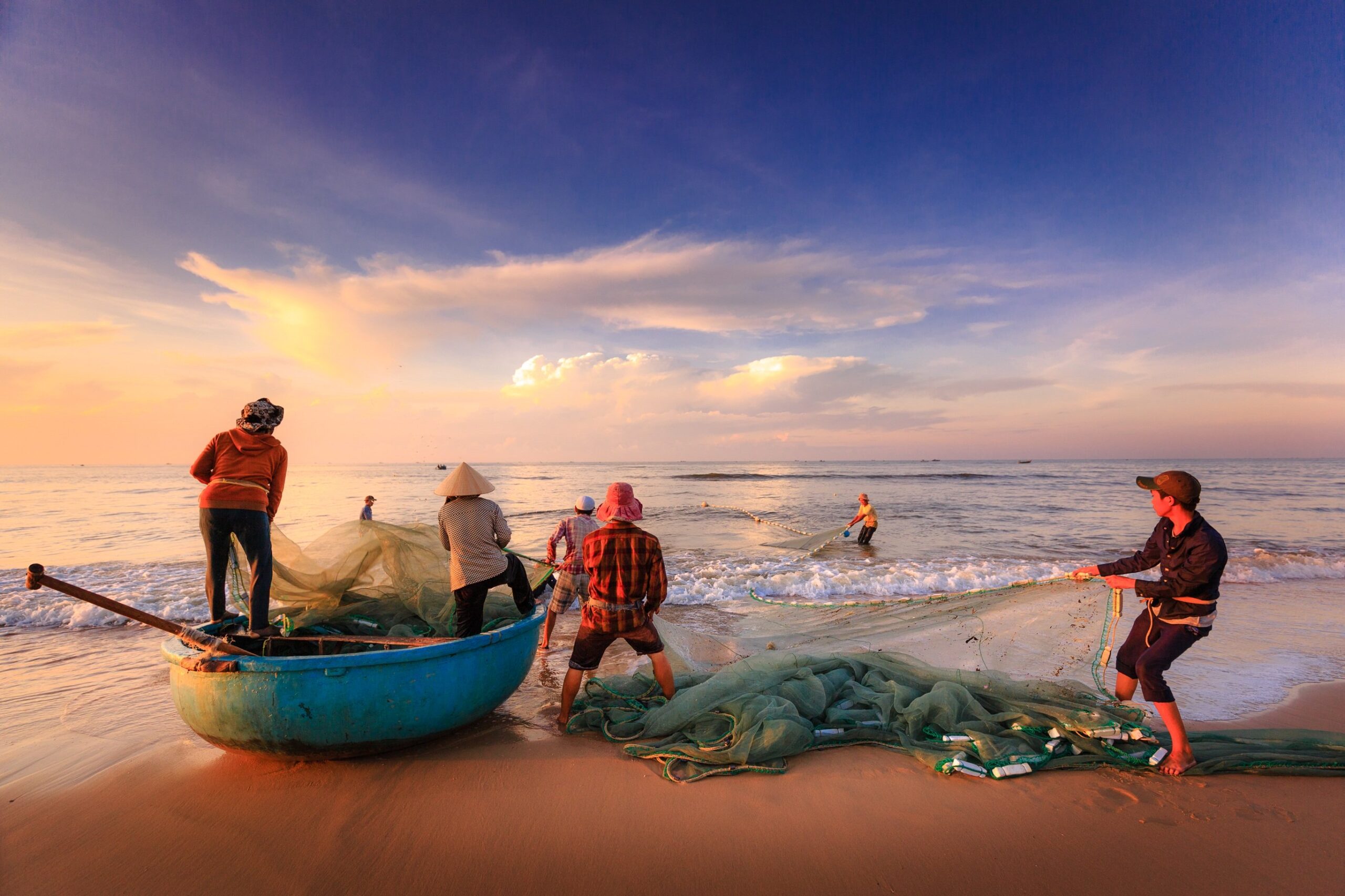 Religion carries with it the promise and the romance of becoming something. Jesus said to the four fishermen, “Come, follow me and I will make you fishers of men.” Can you think of anything more inviting and thrilling than that, that all people can rise above the present and become something they have never known before? Christianity is the religion of redemption. It is the offer of another chance to those who have missed the way. And there is nothing dull or tame about that.

Here we have four fishermen on the Sea of Galilee who, one day, saw and heard this remarkable Person. He did not sound like their religious leaders. He sounded like the voice of the prophets. As He spoke to them on the seashore and on the hillside, they felt a lump in their throats and hope in their hearts. He awakened in them a challenge to achieve great things, and of living for high ideals. By the irresistible charm of His spirit, the desire was stirred in them to get up and be something they had never been before or even dared to dream about.

Their message to us is simple and direct. We too can be different. We can be fired with high ideals and our characters can be ennobled. We may be small minded and mean, lazy, selfish and greedy; but we don’t have to stay that way. There is a voice that invites us to follow Him to be what He intends us to be, far lovelier than we can ever achieve on our own. Yes, real religion is the romance of becoming something.

Secondly, real religion is the romance of doing something. Jesus spoke to these Fishermen about going into the business of fishing for people. That means that our small lives con be joined in partnership with the creative purposes of God. Real religion doesn’t get us out of life, it gets us into it. We are not Christians just to escape hell and skip into heaven. We are Christians because we believe that the mightiest challenge of life is to stand in our generation, as others have stood in theirs, for the abiding things that Christ stands for.

The most powerful, exciting revolution going on in this planet is the divine programme of human redemption, fishing for People, God has paid us the compliment of calling us to be partners in the redemption of the world. Jesus comes to each one of us and says, “Come after me and I will make you fishers of men.” He has also called us to help those in need. It’s a very practical thing, the same kind of thing He did during His earthly ministry.

Jesus said, “Come, follow me.” He led the way. He showed us what it means to be a truly redemptive person. The keynotes of His life are compassion and friendship. Where people were hungry, He set Himself the task of feeding them. When they were sick, He was concerned for their healing. If they were lonely, He offered them friendship. Those who had been ostracised and rejected found acceptance in His presence. For example, there was Zacchaeus in Jericho. He was a despised and distrusted man until his life was touched by the life of Jesus. Acceptance and friendship did something to Zacchaeus that all the moralising in the world could never have done. To be a redemptive person means much more than preaching sermons, it means giving of yourself, involving your life in the needs and problems of other people. That isn’t easy but give it a try. I think you will find it the most rewarding and romantic work in the world.

So, if ever we claim that religion is dull let us remember the exciting challenge that Christ offered those fishermen. That same challenge is offered to us. If we take it up, we are sure to discover that there is true romance in real religion.

The Archdiocese of Birmingham