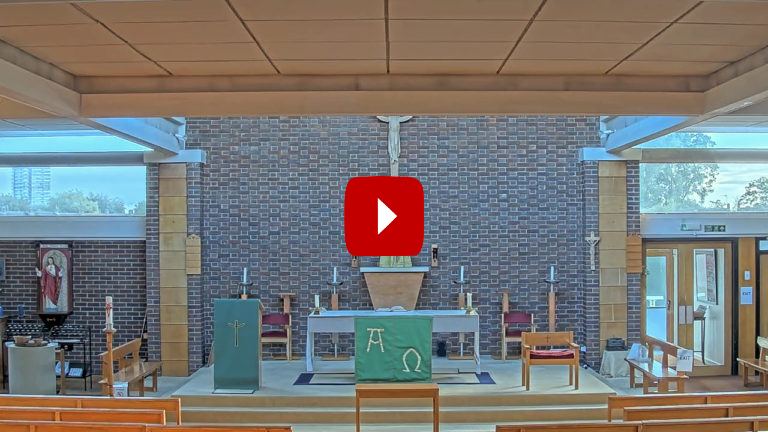 In the midst of the contradictions and perplexities we must confront each day, the din of so many words and opinions, there is the quiet voice of the Risen Lord who keeps saying to us: “Peace be with you!”

Relive this year's #HolyWeek and #Easter services @StChadsBirm through photo galleries. https://buff.ly/3uz8fWu Available to view on our #website.

Saint John Fisher and Saint Gregory are connected in various ways. They were both from aristocratic families, had a gift for organization, were famous Bible scholars, gifted preachers and devoted to looking after the sick and visiting those in need.

Saint Gregory founded the Diocese of Rochester in the 7th Century -where St John Fisher was appointed Bishop 900 years later. In the majority of his writings in English that have been preserved, he quotes Saint Gregory when making key points regarding the church’s teaching about eternal life and the power of Christ’s death on the cross for the forgiveness of sins.

St John Fisher was also inspired by St Gregory’s description of his role as Pope as being the ‘Servant of the Servants of God. Both men heroically witnessed to the Gospel message: St Gregory as a monk and supreme Pontiff and St John Fisher as a priest, Bishop, Cardinal and Martyr. Both of them influenced the work of St John Henry Newman who lived the 19th Century and served as an Anglican Clergyman and after his conversion as a Catholic priest in this diocese.

You will find further information about St John Fisher, St Gregory and St John Henry Newman on the website.

The Archdiocese of Birmingham